Which NFL team has the most dedicated fan base? Is it measured in attendance, decibels or maybe police horse punched? Well on this site we say you wear your dedication proudly on your chest. Overall we buy a lot of NFL sweaters.

Sure, there is no shortage of ways to argue about which team is the best. But, on this site we only consider one stat. Which team’s fans buy the most ugly Christmas sweaters?

Raiders fans are a rambunctious group. Do they love their team the most? That’s what ugly Christmas sweater sales suggest. Raiders fans buy the most sweaters. It isn’t even that cold there. This Raider sweater even has Bluetooth.

After their week 9 win over the Chargers who can blame them. In any case they are leading the pack with their support of the Raiders. These sweaters are showing up everywhere.

We hear this made Belichick smile. Well Belichick and Brady began beating up the AFC and collecting rings when Kyler Murray, Nick Bosa, Josh Allen were watching Teletubbies. So, Pats fans have plenty to brag about (and they do). They also support their team with these Patriots sweaters. And no, it isn’t just because it is cold in Foxborough especially when you are watching your team with home field advantage in the playoffs every year.

Russell Wilson has the highest quarterback rating and the (arguably) loudest fans. But the twelfth man doesn’t just yell, he (and she) also buys a lot of Seahawks gear. This sweater isn’t just for Christmas, they hope to wear it well into 2020.

Eagles fans don’t mess around. When the hordes flood the Broad Street Line and pack the Linc you know they are dressed for Philly winter. Every bar from Amish Country and The Shore is rocking Fly Eagles Fly! You can’t keep dem boys down and don’t expect they are not in the running for the playoffs. Keep your Cowboys gear in your own timezone. Oh, and that Santa had it coming. This jawn is cool enough that Gritty probably wants one.

OK for a fan base so far above sea level this this season has had it’s share of low points. But, Broncos fans are committed and they are not some fairweather fans. So they are still out buying Broncos Christmas Sweaters by the busload.

But there is some talent on this team and some genius in the back office so these fans are showing their commitment and support.

It doesn’t get very cold inside a retractable roof stadium in Texas so this just goes to show how much people there love them Cowboys.

The Dallas Cowboys have long been called American’s team. Whatever you think of Dak and rest they have one of the great heritages in all the NFL and their fans have long memories and lone-star sized playoff hopes.

Carolina may be the youngest team on this list, but their fan base built their dedication up with the best of them. They buy a lot of Panther SWAG and a lot of these Carolina Panther Sweaters.

That’s the list of the top 7 teams based on ugly Christmas sweater sales. If your team didn’t make the cut you can still gear up in time for next Sunday.

If you hate football, and by extension America, moms and the troops, but still want to put on your tacky best then check out our other lists of ugly Christmas sweaters. 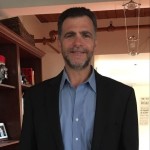